Finally, after 12 years I have again a telescope. Actually, that’s the first real telescope, the first one was more or less a gas station toy.

Anyhow, since a week I have a Celestron Astro Fi 5 . It’s a solid brand, and a rather new model. One of the key reasons to get exactly this one was the WIFI. The telescope can be controlled through an app, on a tablet, smartphone or laptop.

On iOS the app is called “SkyPortal” (for free), for the Mac it’s Sky Safari. The Sky Safari 5 Pro version costs roughly 30,- EUR, but offers a lot.

The optics are pretty much solid, and well known. It’s a Schmidt-Cassegrain 127/1250.

The tripod is aluminium, solid enough but obviously no heavy duty equipment. At the same time light enough so that I can take it with me on vacation (next years no flights for us any more, as we have a dog – and in our car we have enough space to transport the telescope). 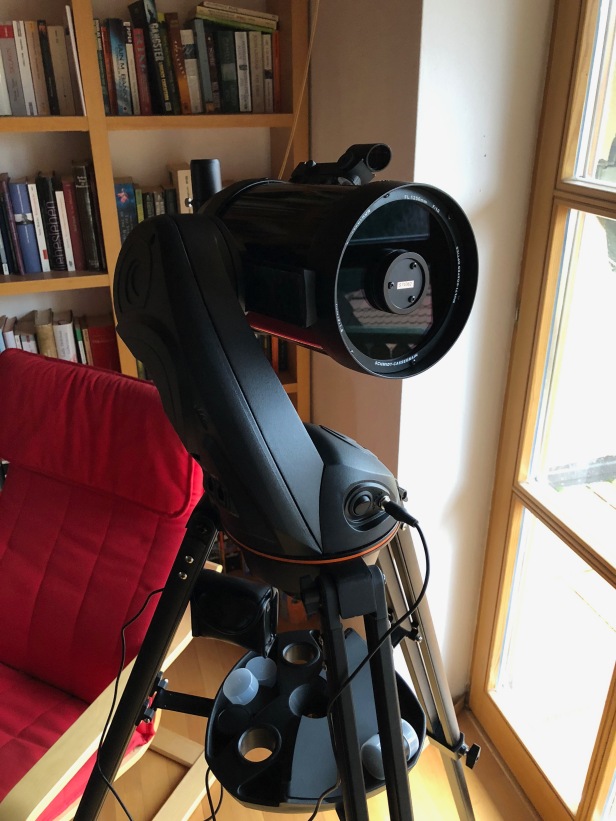